At the end of their 40 mile pilgrimage on the ancient pilgrim’s way to Canterbury seven members of St Mary’s Church Wivenhoe and their supporters were welcomed by the Archbishop of Canterbury. This was the culmination, or – as someone put it – the cherry on the cake, of a three day pilgrimage from Aylesford Priory to Canterbury cathedral where the group attended Evensong at their arrival. The pilgrims and their supporters were given a great surprise when they were warmly welcomed by the Most Revd Justin Welby, Archbishop of Canterbury.

Revd Erwin Lammens, rector at Wivenhoe, says: ‘It was a great experience which brought us closer together as we explored our physical fitness and spiritual strength in Christian faith’.

Back home in Wivenhoe a large number of people supported the walkers by making donations for St Mary’s Transformation project. The project appeal raises funds for the building of an annexe, with a meeting room, kitchen and toilets, and for the reordering and refurbishing of the church which will transform the historic grade II* building into an even more attractive and suitable venue for worship and other community use.
Donations are still welcome online 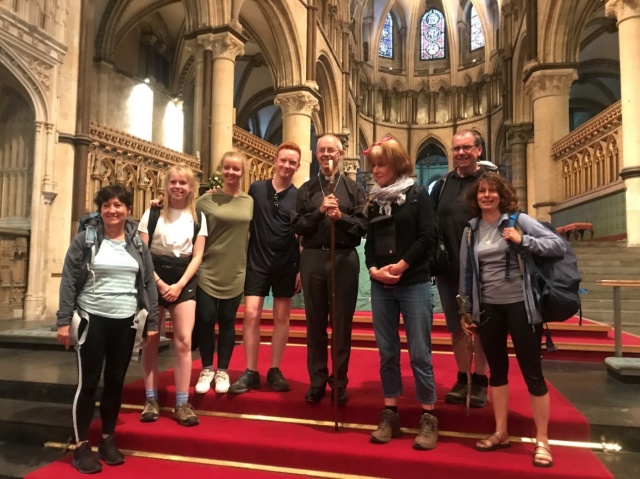 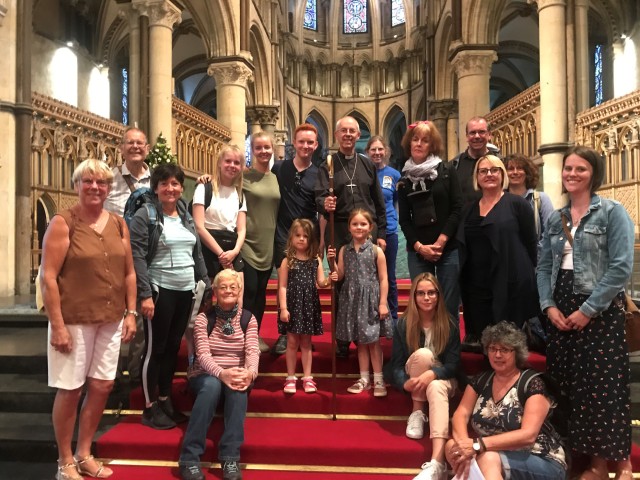 Archbishop Justin Welby with Wivenhoe pilgrims and their supporters.

This site uses Akismet to reduce spam. Learn how your comment data is processed.