Pictures are added in chronological order. Scroll down for the latest.
(Most recent additions: 16 September 2016)

As you haven’t seen the church before: dust protection of interior features.

28 October. Scaffolding beginning to be erected. 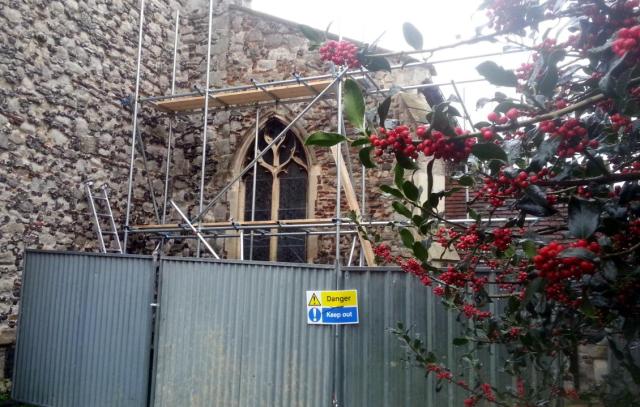 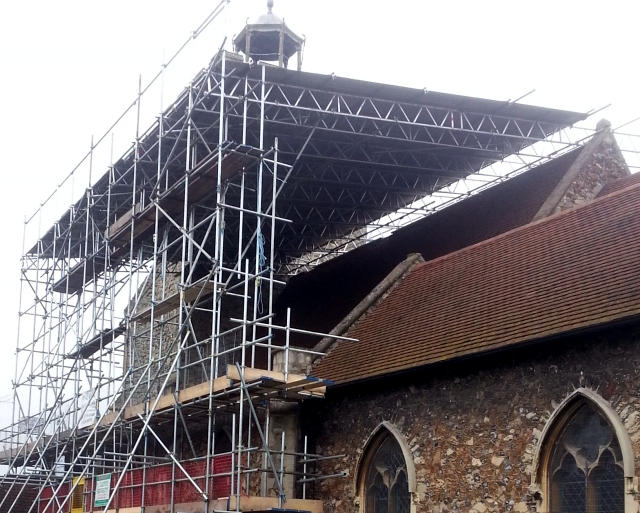 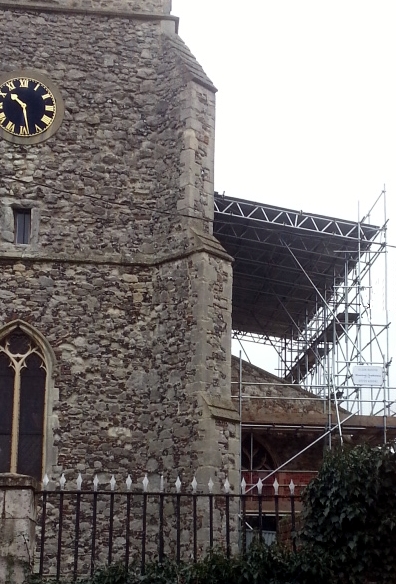 …and inside didn’t escape.

On 4 January 2016 the real work started! We were fortunate that we had all of Christmas under cover, but that cover has now been breached with the removal of the tiles.
The snaps of the outside work were kindly taken by Rob of Bakers.

Bags and bags of tiles came off! 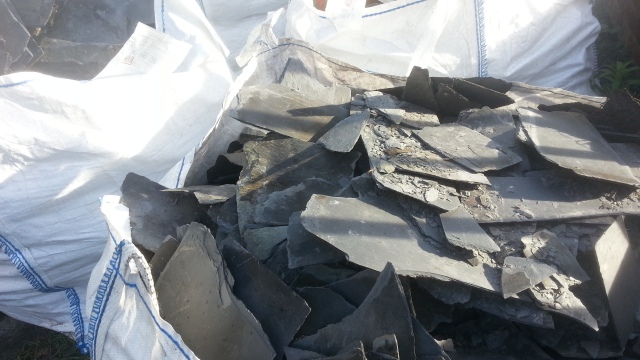 By now, it’s getting a bit draughty inside!

15 January, and things are looking quite different. The old roof battens have been taken off and new ones are being installed over the new mesh that will take the plaster. The next five pictures are courtesy of Aiden Fothergill of Bakers, who included one of an exciting detail!

A picture of a piece of tile which was removed from the wall top, which Bakers’ people all suspect is Roman. They commented: It has traces of pink mortar on it which is widely seen on reused Roman building materials in this area.

There’s more information about this piece of tile on the Audio page. 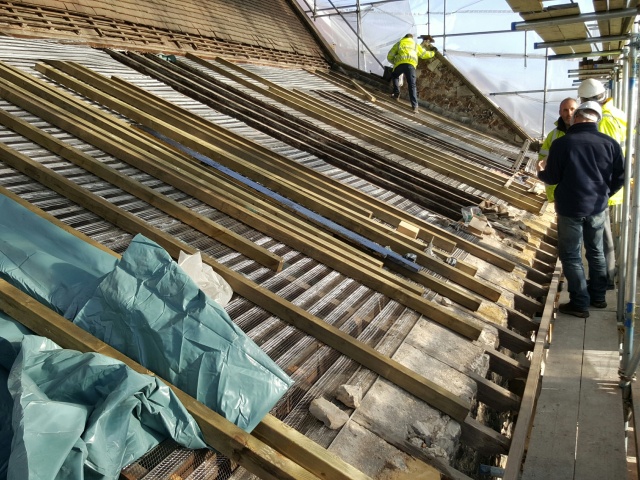 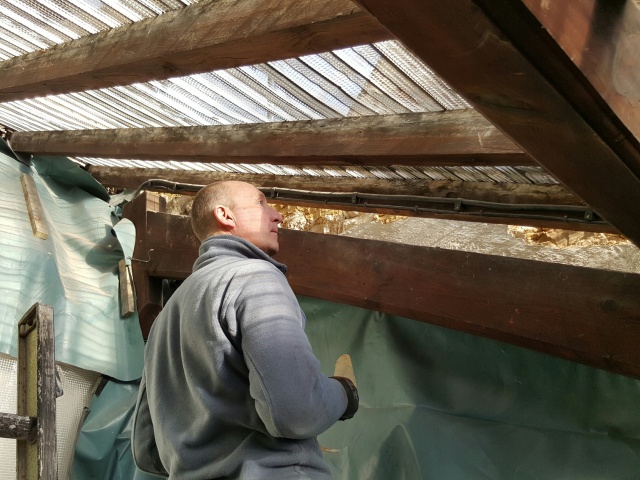 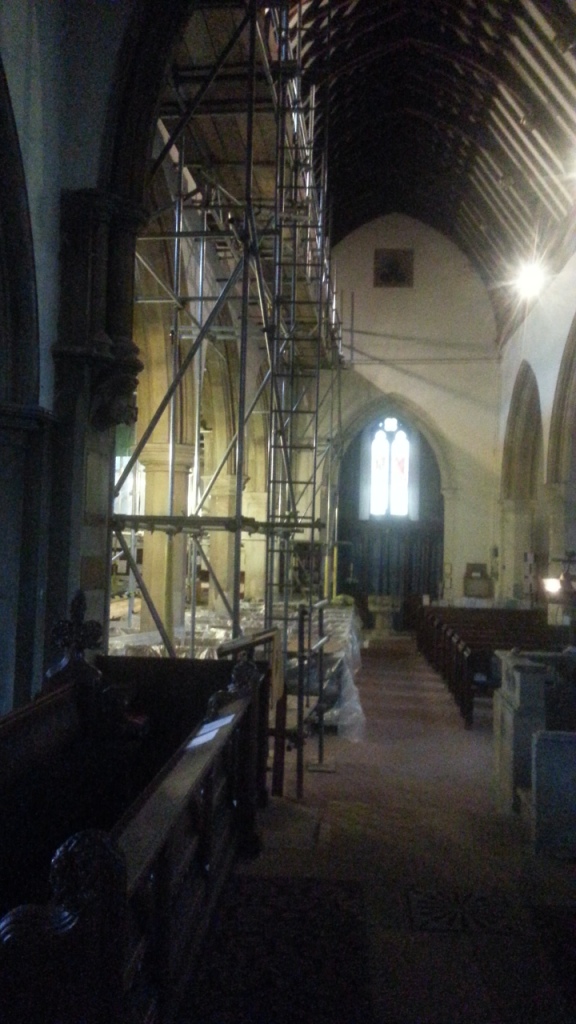 More scaffolding had to be added on the inside, squeezing the rector out of his stall!

End January and a welcome sign of progress: the prepared stone blocks have arrived

And after the roof and stone work repairs were finished, we began the upgrading of the church’s heating system. 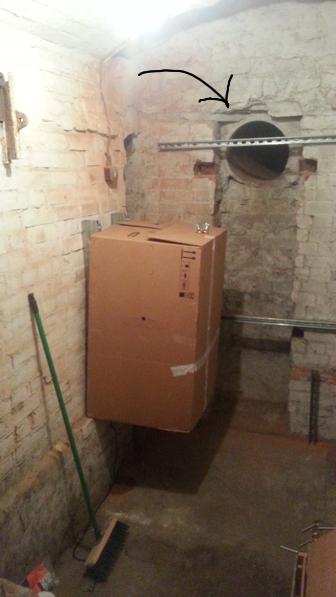 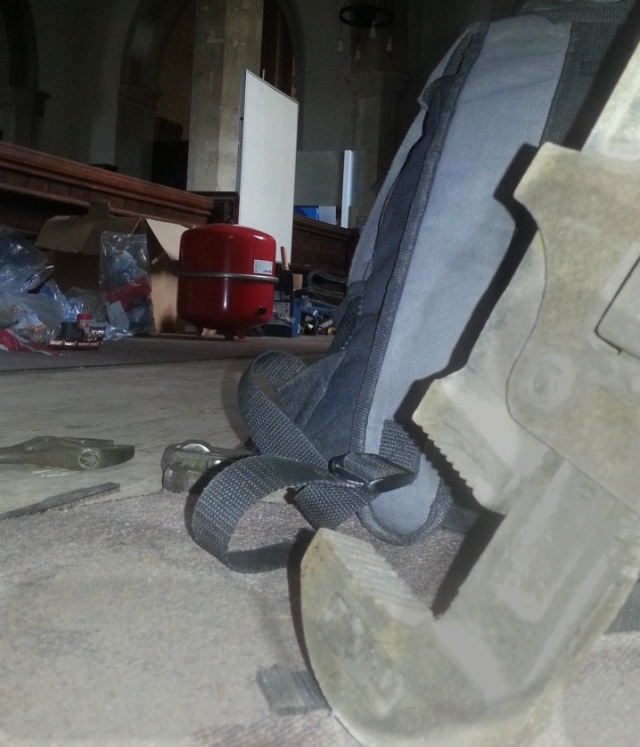 look at the size of that wrench! 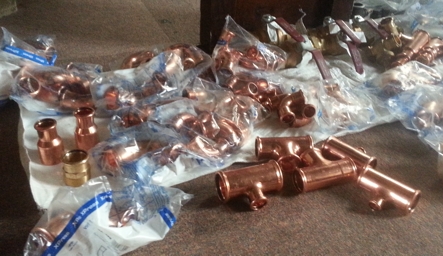 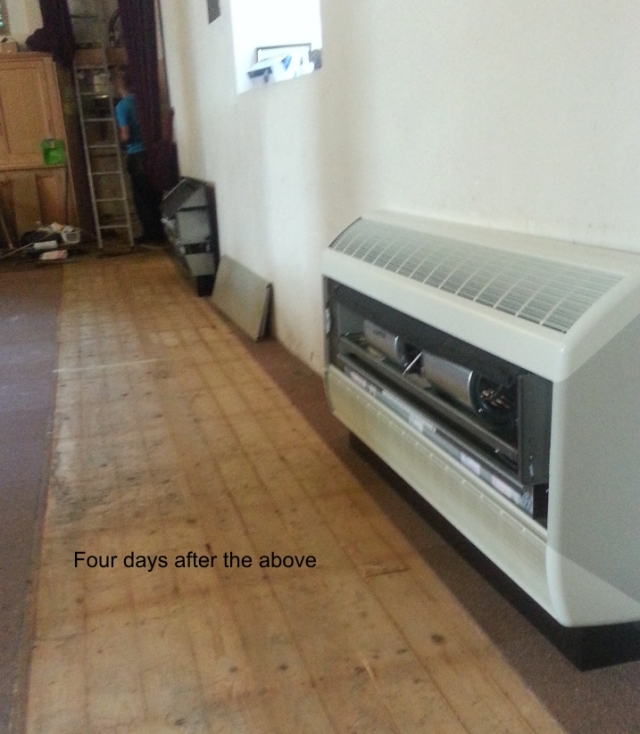